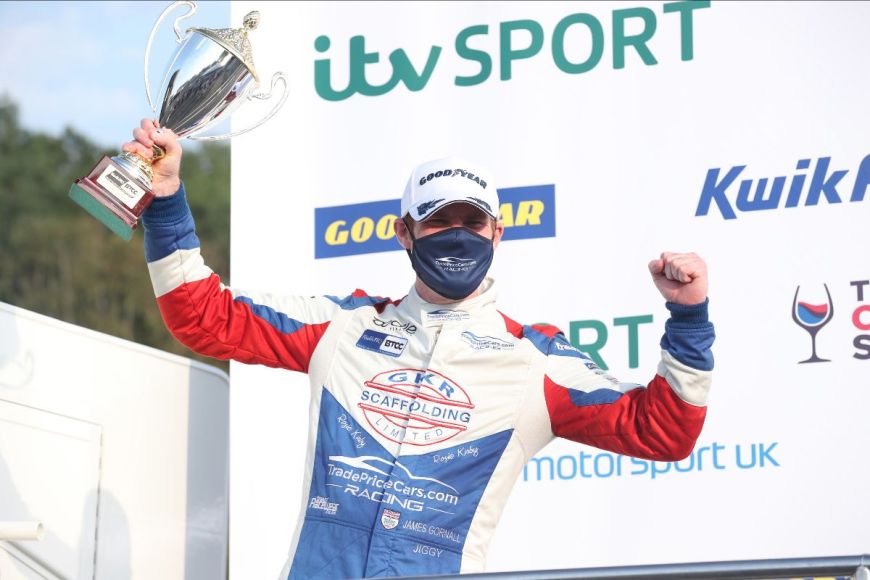 The Audi team had made the short trip to Brands Hatch looking to add to the double score it secured in the season opener at Donington Park, with both Bobby Thompson and James Gornall confident of challenging for points finishes.

Despite the familiarity of the Kent circuit, the Grand Prix layout is not one that is regularly used, making the FPZERO Pro II simulator the ultimate tool Bobby and James in preparation for the race weekend.

A hectic Saturday would see the pair forced to contend with difficult conditions on track as a result of high temperatures, but the Audis were on the pace from the outset, with both drivers showing solid speed in the two free practice sessions.

The 30 minute qualifying session saw both drivers setting their fastest lap times of the weekend, with Bobby securing 17th place on the grid and James lining up in 20th spot – the fact that he was just a second off pole position showing how competitive the session had been.

Whilst Bobby slipped back to 19th on the opening lap of race one, James was able to get away from the line well in the sister Audi to make up places and found himself leading the team’s challenge as he slotted into 18th, with the pair then running together on track for the duration of the 18 lap encounter.

Picking up places, James and Bobby were inside the points scoring positions by the end of the fifth lap and when leader Rory Butcher retired late on, were able to make up a spot to secure a first double score of the season – with James opening his account with 13th and Bobby one place behind.

The pace in race one left the team optimistic about more points in race two and this time it was Bobby who made the stronger start, moving up a spot on the opening lap into 13th as James completed lap one in 15th.

Bobby’s race would end in dramatic fashion however on lap three when he tried to make a move on Michael Crees for twelfth. Going around the outside of his rival on the fearsome GP loop, Bobby was the victim of unfortunate contact that saw his Audi spin off into the gravel at Westfield – forcing him into retirement.

James was able to make up a place as a result of Bobby’s incident, and came out of the resultant safety car period running in 14th place.

The former British GT raced well to force his way onto the fringes of the top ten as he diced for position with Senna Proctor’s Hyundai and the BMW of Stephen Jelley – eventually securing his maiden top ten finish having pushed the two former race winners all the way to the flag.

The reverse grid draw put James on the second row of the grid for race three and he maintained his place through the opening lap after a solid start.

Despite not having the outright pace of his rivals, James was able to bring home a fine seventh place after a battling drive on track for his second top ten finish of the weekend – with his results being enough to secure the Jack Sears Trophy.

Bobby’s unfortunate race two retirement meant he was forced to start from the back of the grid for the final race, but he avoided chaotic scenes ahead on the opening lap to move into the top 20.

Strong pace from the Essex racer saw him soon inside the points, and Bobby would climb to twelfth place by the finish.

James and Bobby sit twelfth and 13th in the Independents’ championship after two rounds, with the next event at Oulton Park in two weeks time.

“Our race pace has been okay this weekend although we did struggle a bit with front end grip. Despite that, we had a decent first race and to come from the back to P12 in the final race is a good way to finish things off. Another two points finishes from the weekend is really encouraging.

“Two rounds in I think we’re in a decent position as we have shown we can be regular contenders for points and now we just need to make that next step forwards to be regularly inside the top ten rather than on the fringes of it.”

“This weekend feels like it should felt at Donington Park before the engine issues we had, so it’s nice to have come into round two and realised our potential.

“Racing the Audi here has been totally different to anything I’ve done before and I had to learn as I went on. Qualifying was a bit disappointing but I knew we had good race pace doing into Sunday. Races one and two, I think I did well to get into a position where we could benefit from the reverse grid but we just didn’t have the outright speed to match the front-runners.

“Towards the end, the front tyres had gone but my focus was on scoring some good points this weekend and that is what we achieved.”