Featuring real drivers from FIA Formula 3, W Series, Formula 4, The Road to Indy and more, the Kokoro Invitational Series will host eight races across four double-header rounds to declare the inaugural kis champion – and winners of a £2,000 cash prize pool.

Competitors will use iRacing’s Dallara F3 car with a fixed setup provided by the organisers, and a reverse grid format is planned to ensure close competition throughout the field. The Kokoro Invitational Series will feature live coverage throughout from renowned esports broadcaster Apex Racing TV, accompanied with professional graphics and commentary team.

The Kokoro Invitational series is an invite-only championship. Please contact us with enquiries regarding entry or competition rules and regulations.

Series sponsor Kieren Clark of Kokoro Performance: “We’re proud to be part of something which gives the real-world drivers a serious environment to race in. As there’ll be minimal testing before motorsport kicks off in earnest again, drivers coming through the feeder series need to use this time intelligently to be as prepared as possible. Day to day, Kokoro Performance works to understand where drivers’ strengths and weaknesses are, and we hope in supporting this series we can imbue some of that Kokoro thinking into the next generation. I’ve no doubt they will deliver some spectacular racing for us.”

FPZERO Simulators’ James Robinson: “We already work very closely with Kokoro Performance and its’ drivers, so supporting this series as our first foray into esports was a no-brainer. Having FPZERO-branded cars competing in a virtual series is one of many exciting projects we’re exploring as 2020 looks to be our biggest year yet. Despite the challenges facing the industry at the moment, FPZERO Simulators has seen unparalleled interest and many of our customers will undoubtedly join the grid next week.”

Kokoro Media founder Josh Butcher: “We’re hugely excited to push forward with this championship. Given that motorsport is on pause right now, there are a lot of sim-racing options out there to choose from; we’re trying to do something a bit different! We hope this gives drivers in the junior categories an opportunity to shine amongst their peers, and perhaps steal the spotlight from the big names getting into esports recently. With the ‘InstaBoost’ initiative, reverse grid format and dedicated race officials, I’m sure we’ll see some great racing and a very interesting championship table come the 8th of May. Stay tuned for driver announcements in the coming days!” 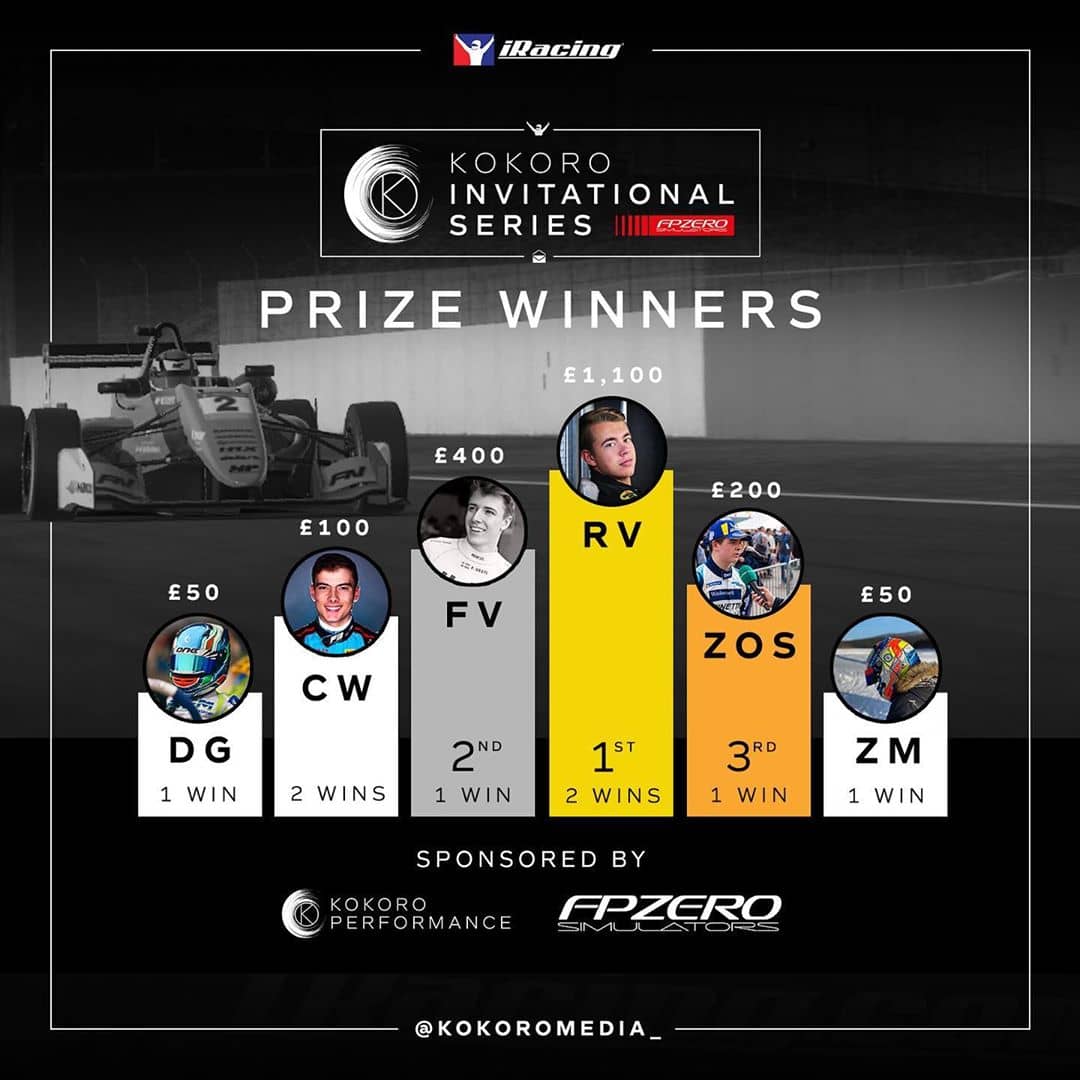